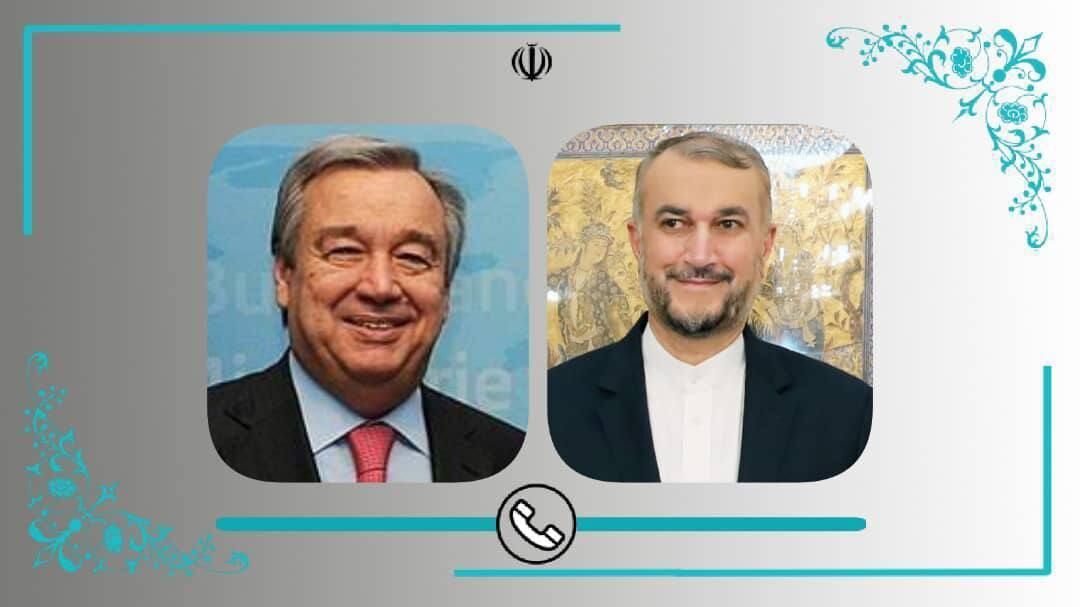 During the phone talk, Amirabdollahian appreciated the UN secretary general for his contribution to establish peace and stability in the region, emphasizing the great importance of ending the siege of the Yemeni war-stricken nation and the continuation of the ceasefire there.

Saudi Arabia on March 26, 2015, established a coalition of some Arab countries and gained the US green light and the Zionist regime's support for launching a massive invasion against the poorest Arab country, Yemen.

After seven years of aggressive war imposed against Yemen in which thousands of Yemeni civilians have got killed and almost all infrastructures of that country are destroyed, but they have not reached any of their objectives.

Instead, after the missile and done attacks of the Yemeni armed forces against military targets in depth of their soil they have been urged to yield to a ceasefire.

The ceasefire has thus far lasted six months, but has been broken thousands of times by those intruders, who have breached a number of its articles each time.