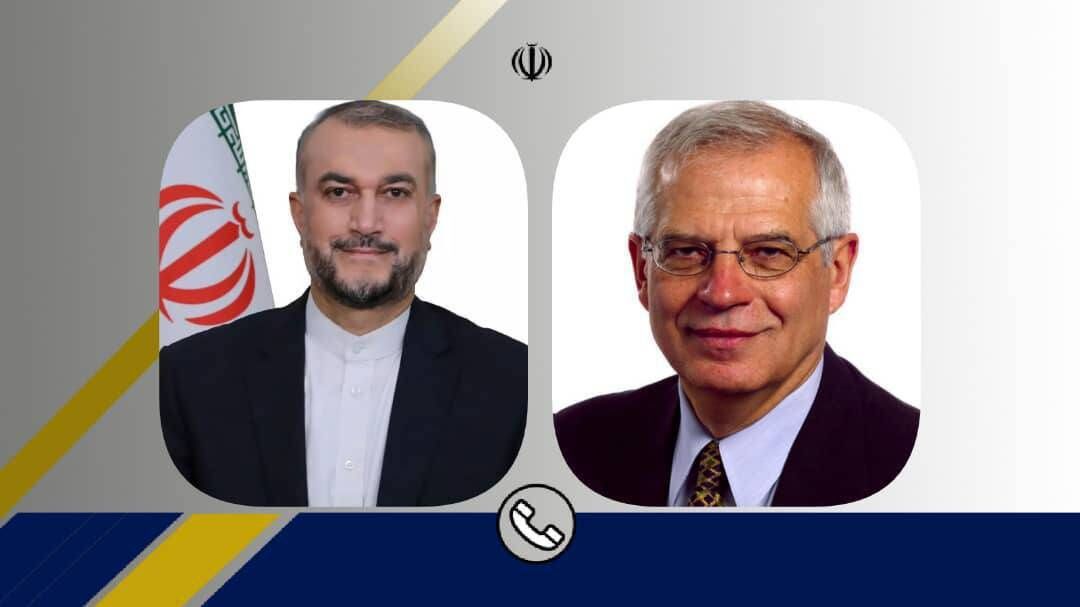 Amirabdollahian made the comment in a phone conversation with EU Foreign Policy Chief Josep Borrell, a day after the European diplomat said that the bloc is weighing sanctions against Iran over the death of 22-year-old woman Mahsa Amini that triggered the unrest in the country.

The top Iranian diplomat said that the judiciary is investigating Amini’s death based on the country’s laws and the result of the probe will soon be released.

He also said that people have the right to make peaceful demands and the Iranian government always pays attention to that.

However, he added, they are totally separate from the rioters who set ambulances on fire, cause damage to banks and public places, attack police forces and other people, and commit terrorist acts.

Amirabdollahian said that the government will firmly deal with the rioters and terrorists, based on law.

The Iranian Foreign Minister warned the European Union against any hasty political action based on unfounded accusations and aimed at prompting rioters and terrorists who are targeting the lives of the Iranian people.

Borrell, for his part, said he admits that riot and terrorism are different from peaceful protests that should receive a proper response.

He also said that the EU does not intend to create problems in its ties with Iran.

During their phone conversation, the two diplomats also discussed the latest status of talks aimed at reviving the 2015 Iran nuclear deal and the removal of sanctions against the country.

Both expressed satisfaction over the latest progress made the in the talks.