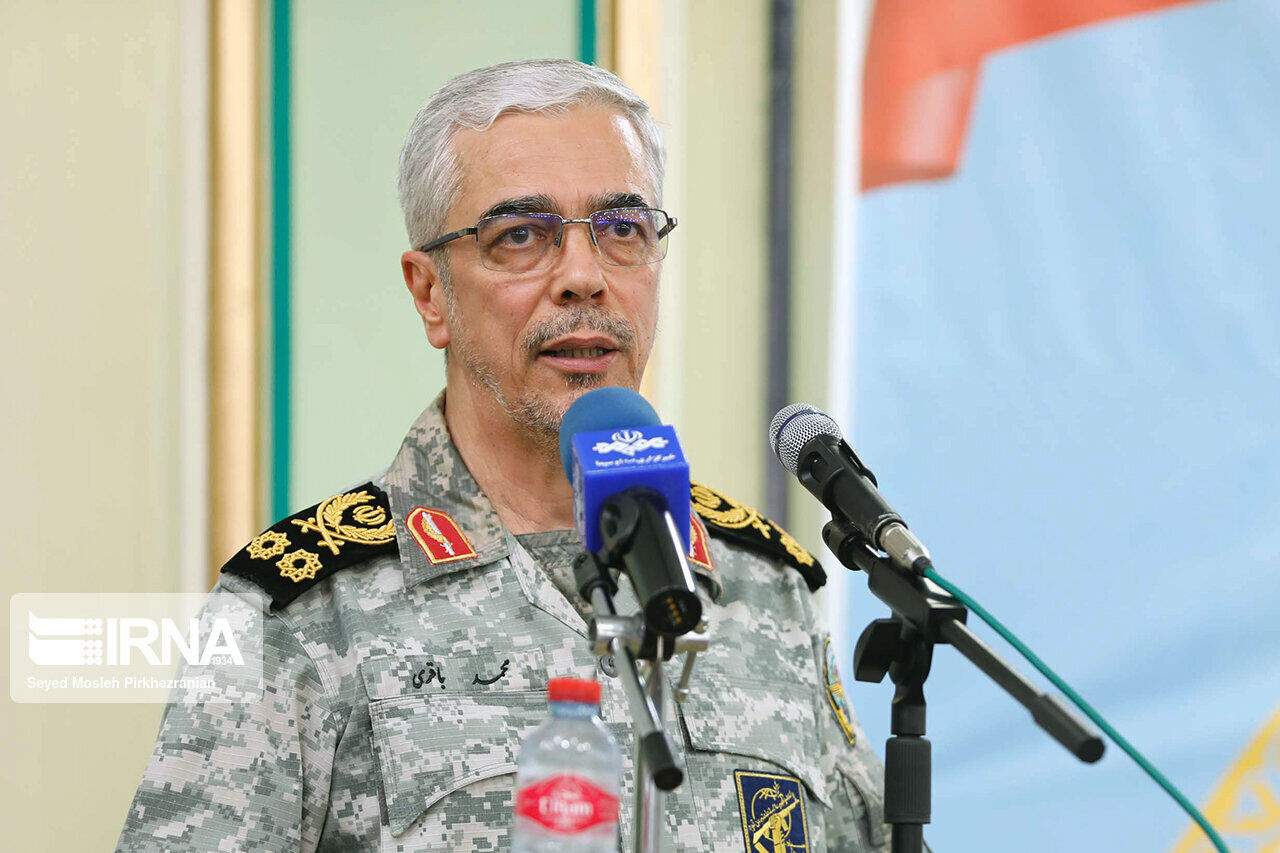 Stressing the fact that the Iranian armed have complete and accurate information about the Harir, Erbil, and Dihok bases in Iraq, Bagheri said: Now we are only standing against terrorists and have taken no action against US.

He warned the US to be aware of the fact that the Iranian armed forces will respond to their act appropriately.

The US’ claim about the destruction of the Iranian combat drone proves that the United States is an accomplice with terrorists and separatists, he added.

Advising neighboring countries in which American and Zionist bases are located, Bagheri said: If a hostile act against the Islamic Republic of Iran, national security, and national interests are taken from American bases, we will definitely respond.