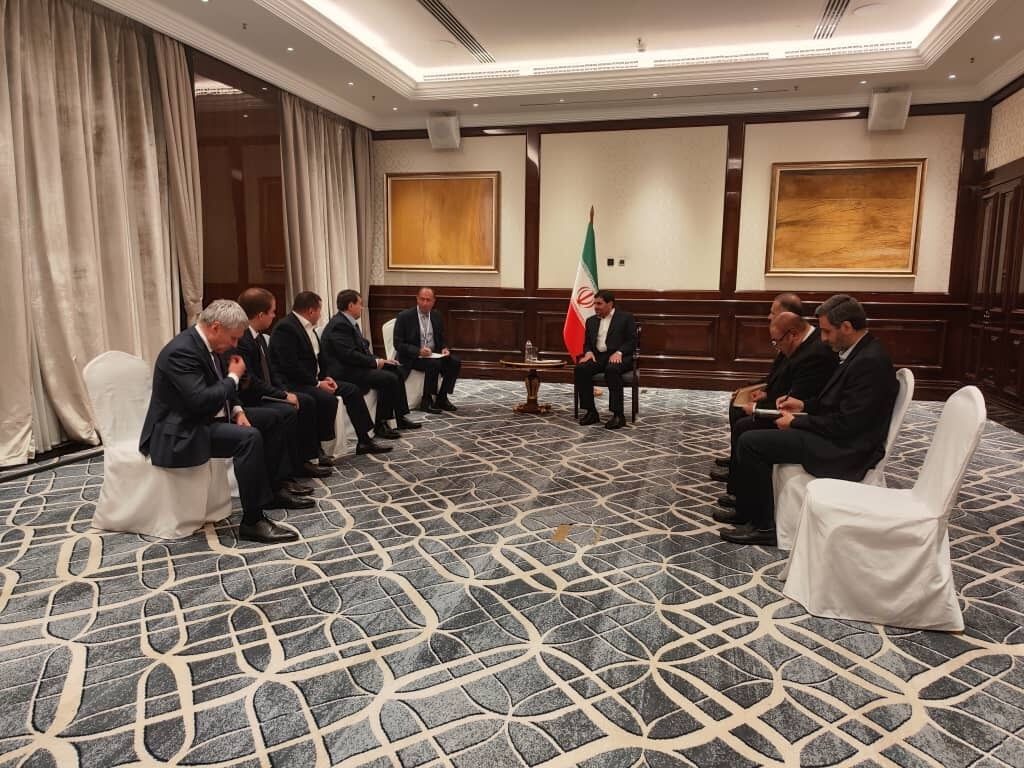 Mokhber was speaking with Russian Presidential Aide Igor Levitin in Moscow, hours after he arrived there to attend the Second Caspian Economic Forum which is set to be held on Thursday.

The Iranian official said that Iran and Russia have already reached good agreements to boost their cooperation in the energy sector and can work on plans to boost ties in the banking sector as well.

The two sides, he added, should now speed up efforts to implement their agreements.

The Russian politician, for his part, announced his country’s determination to boost relations with the Islamic Republic.

Mokhber is heading a high-ranking economic and political delegation during his trip to Moscow where he will also meet officials of other countries taking part in the Second Caspian Economic Forum.

Upon arrival in the Russian capital on Wednesday evening, he told reporters that the expansion of cooperation with neighboring countries is among the key policies of the administration of President Ebrahim Raisi, adding that Russia has a special place in this regard.

Iran’s first vice-president will join representatives from Russia, Turkmenistan, Kazakhstan and Azerbaijan at the Thursday summit.