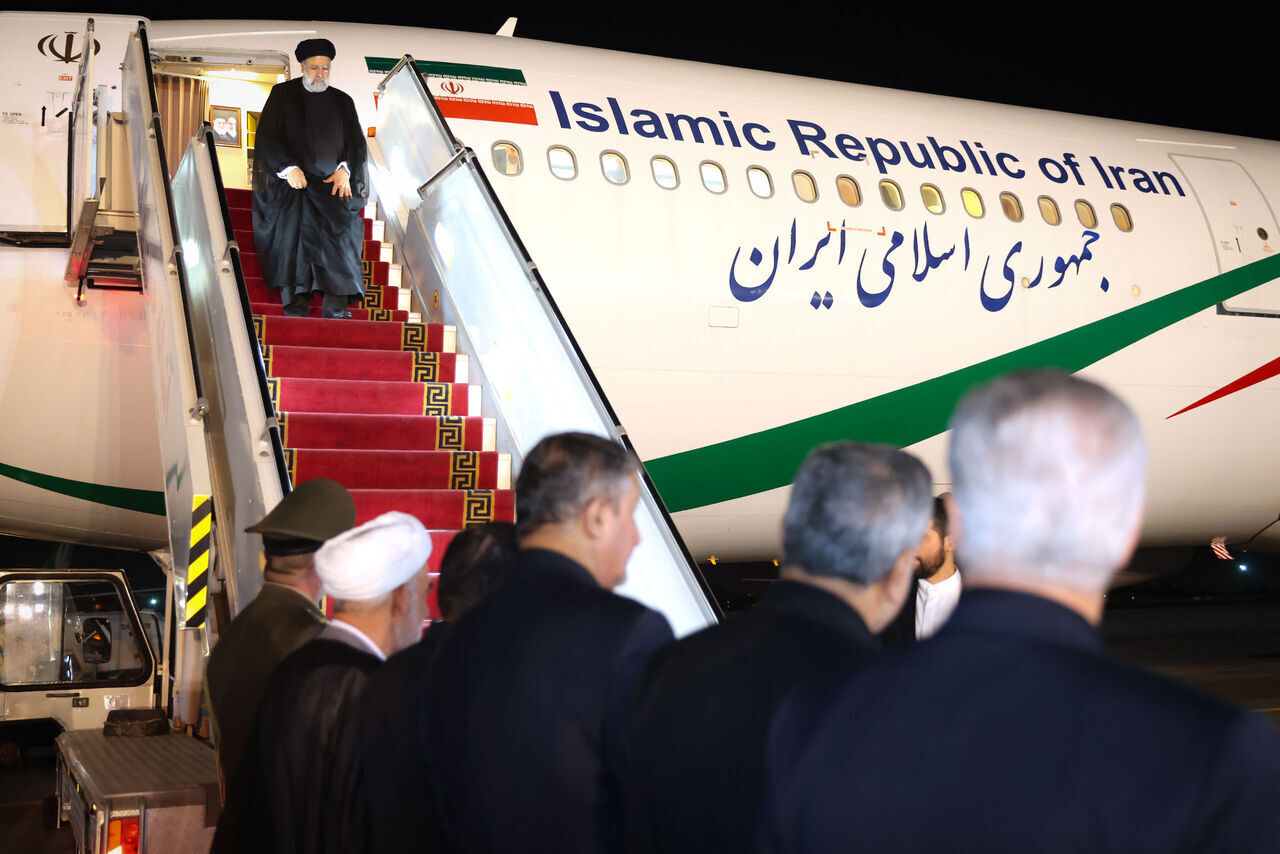 Raisi was welcomed at Mehrabad Airport by First Vice-President Mohammad Mokhber and several of his cabinet members as well as Mohsen Qomi, a cleric in charge of international affairs at the Supreme Leader’s office.

In addition to attending the UNGA summit, the Iranian president held several bilateral meetings including with UN Chief Antonio Guterres during his five-day stay in New York.