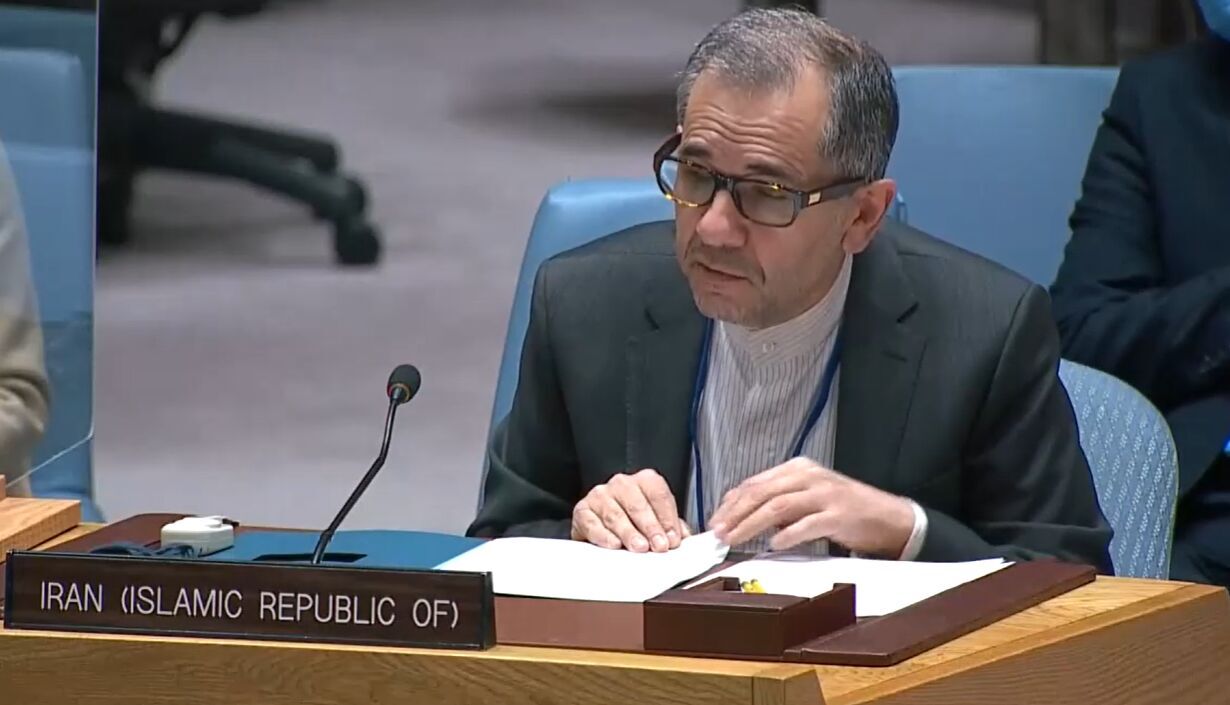 Speaking in a meeting of the UN Security Council on “Children and Armed Conflict” on Tuesday, Majid Takht Ravanchi said, "The Israeli regime continues to commit the most systematic and flagrant violation of children's rights in the Middle East."

In 2021, the UN documented 2,934 grave violations against 1,208 Palestinian children in occupied Palestine and the Gaza Strip, according to Ravanchi.

The full statement is as follows:

I thank you for organizing this important annual open debate. I also thank the briefers for sharing their perspectives.

This is an obligation that must be fully honored by all parties. However, children are constantly subjected to a host of egregious violations. Meanwhile, children who are refugees, internally displaced, or stateless as a result of conflicts are more likely to endure such severe violations and other major abuses, such as recruitment and usage, sexual violence, trafficking, and detention during armed conflicts.

According to the UNSG report, children continue to face a high number of serious violations in 2021. The UN documented 23,982 grave violations, the most common of which included the killing and maiming of children, followed by the recruitment and use of children for military purposes, as well as cases of denial of humanitarian access to them.

Unfortunately, the Middle East continues to confront such horrific violations against children from Afghanistan to Yemen to Palestine.

In Afghanistan, the UN confirmed 2,577 grave violations against 2,430 children in 2021, including killing and maiming, sexual violence, abduction, recruitment, attacks on schools, particularly girls' schools, and intimidating their personnel. The Taliban should allow all Afghan children including girls to attend schools.

As Afghanistan's neighbor and host to millions of Afghan refugees, including children, Iran has provided basic services such as education and health for Afghan children living in Iran.

In Yemen, the UN recorded 2,748 serious violations against 800 children in 2021 a large number of them killed and maimed. Iran supports the Truce Agreement to end the suffering of the Yemeni people including children.

The Israeli regime continues to commit the most systematic and flagrant violation of children's rights in the Middle East. In 2021, the UN documented 2,934 grave violations against 1,208 Palestinian children in occupied Palestine and the Gaza Strip.

According to the UN report, in 2021, the Israeli regime killed 86 and imprisoned 637 Palestinian children, 85 of whom suffered ill-treatment and violation of due process by the Israeli regime while incarcerated, with 75 percent reporting physical violence. Moreover, the United Nations verified 22 attacks on schools.

These atrocities constitute clear manifestations of war crimes and crimes against humanity. The perpetrators of such heinous crimes must therefore be brought to justice.

To conclude, putting an end to ongoing conflicts, preventing their re-emergence, and guaranteeing the conflicting parties' full and effective compliance with international humanitarian law are all necessary to protect children in armed conflicts. Additionally, it is imperative to address the conflicts' underlying causes. Children have frequently been recruited in conflicts in order to support their families financially, and problems like poverty, lack of access to quality education and employment opportunities, as well as illegal unilateral sanctions and economic blockade, continue to play a significant role in such grave violations.

We urge the Secretary-General to conduct an assessment of the main causes of the conflicts, focusing on the detrimental effects of unilateral sanctions on the protection of children in such situations.