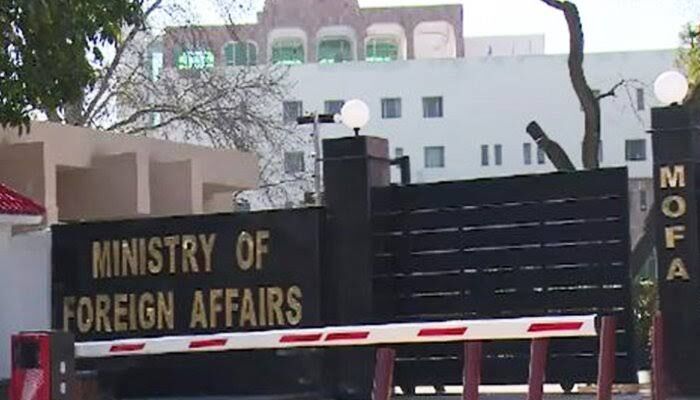 According to official sources in Pakistan, on Monday, the foreign ministry conveyed severe complaint of the government and people of the country to Indian chargé d'affaires following heinous remarks made by two top officials in India's ruling party, who dared to insult Prophet Muhammad (PBUH).

The diplomatic reaction happened after official responses by Pakistani president and prime minister.

The Ministry of Foreign Affairs of Pakistan also issued a statement, announcing that the Indian chargé d'affaires was summoned to the ministry's office to receive Pakistan's condemning reaction to the insulting words by two high-ranking Indian officials affiliated to the Bharatiya Janata Party (BJP).

The abusive anti-Islam remarks in India are completely unacceptable not only for people in Pakistan but also for Muslims around the world, the statement said.

Pakistani diplomats told the Indian chargé d'affaires that the belated and perfunctory disciplinary actions taken by the BJP government against the said officials cannot assuage the pain caused to the Muslim.

Pakistan is seriously concerned about exacerbation of violence and hatred against the Muslim community in India, the diplomatic center in Islamabad noted, adding that Muslims are being systematically stigmatized, marginalized and subjected to a well-orchestrated onslaught from radical Hindu mobs with full connivance and support of the security apparatus across various states in India.

Increasing propaganda campaign against Islam and attempts to deprive Muslims from their centuries-old worshiping sites on basis of vain historical allegations, seem to be blatant consequences of Islamophobia in Indian society.

The Pakistani government has categorically urged leadership of BJP and the Indian Government to censure blasphemous remarks made by Indian officials and hold them accountable for the sacrilege.

Sacrilege of Islamic sanctities enraged Muslims in India and some Indian Muslims charge the ruling party of trying to de-Islamize the Indian subcontinent.